View cart “Nayarit Shade Grown Coffee” has been added to your cart.

Cafe Femenino Sumatra, Kokowagayo (Koporasi Kopi Wanita Gayo, which means Gayo Women’s Coffee Cooperative) is the first women-only cooperative in Sumatra. It was formed in February 2014 by several of the female members of Permata Gayo, another prominent cooperative in the region. These women participated in the cooperative meetings at this mixed gender cooperative, but found that their voices were not heard due to the predominance of males, both in membership numbers and in their culture. They knew that women would make different choices in deciding where to allocate the Fair Trade premiums. They founded Kokowagayo in order to create a space for women to collectively fund what is important in their communities, from a female perspective. 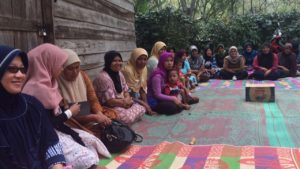 In Ache, women conduct the majority of the labor involved in coffee production. Women traditionally plant, prune, fertilize, harvest, and dry the coffee. Men sell the coffee once it is prepared to the collectors. Men are able to sell the coffee because they are the owners of the land.

In Ache, women can only buy or inherit land; they cannot legally share a land title with their husband. Kokowagayo has found an innovative way to break from this tradition. Each member collected a statement affidavit by the male landowner (her father or husband), granting authority for her to use the land. Since she has the authority to use the land, she now has the ability to sell her own coffee.

Kokowagayo has received support from the members of Permata Gayo, their husbands, and community members. These women are bringing additional income to their families and are participating as leaders within their communities.

The membership is made of 476 small coffee farmers in six villages within the Gayo highlands of Sumatra in the Bener Meriah district. All of its members are women, including the Board, Supervisory Body, and management. It is the first all women coffee cooperative in Sumatra and Indonesia.

These leaders have a wealth of experience in the coffee and nonprofit sectors, and are formally educated. Rizkani Ahmad, the Chairwoman, has worked in coffee for her whole life. Ernani Muzaputri, the Coordinator of Social Training, holds a degree in Social Work focused on Legal, Gender, and Child issues is the acting head of a nonprofit that provides the training to the cooperative as well as the ability to oversee projects on the ground. They have the support of a Q-Grader through the mill and exporter, and are undergoing training to have a Q Grader in their cooperative. 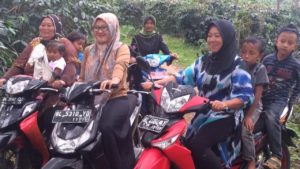 Currently, the coffee collectors are all male due to cultural traditions. However, two women are currently undergoing training to become the collectors for the cooperative, creating further cultural shifts empowering women.

The women of Kokowagayo are notably open, positive, and progressive. They speak their mind. They are not “overseen” by men but are active participants and hold leadership positions. They are warm, humorous, intelligent, and excellent businesswomen.

These women are reflective of changing times in the region. They explain that in the past, women only stayed home, and these women want to change this dynamic. The women shared several examples of businesses owned by women locally in Takengon (KOKO Roasting) and nationally (a 5-star hotel in Bali). 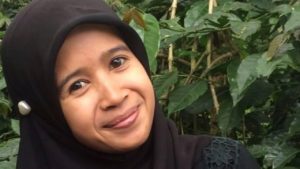 The women members of Kokowagayo harvest the red cherries and either mill it at home or bring the coffee to one of two new washing stations. The coffee is fermented for 12 hours in cement tanks or plastic bins at home, before being washed by filling the container with water and rinsed several times. The parchment is then dried to 30% humidity on tarps and patios before transporting to Sumatera Permata Gayo’s nearby mill to be hulled. Then the green coffee is transported to Medan, where it is dried to 12-13%, milled for density and volume, and hand sorted. 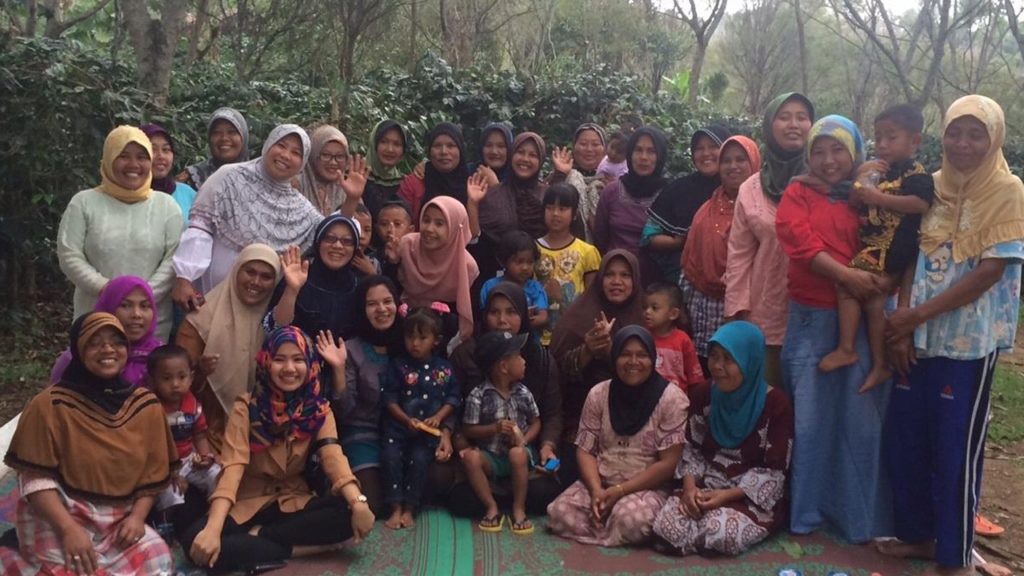