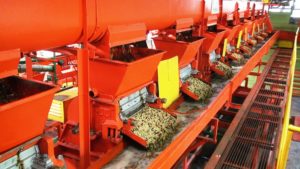 Costa Rica Santa Maria de Dota Tarrazu coffee is eco-pulped, dried in the sun and/or mechanical dryers fueled by coffee parchment. The coffee is also European Prepared meaning the coffee has undergone rigorous sorting creating a more desirable specialty cup. It is a single origin multi-varietal coffee made up of Arabica beans of the Caturra and Catuai varieties. We get aromas of a soft early morning ocean breeze and maple spice oatmeal with fig jam and raisins. It has an initial flavor of lightly acidic blood orange and raisins stirred with a bit of honey and ends with soft cocoa. All of our initial cupping and brewing for tasting notes are done using a Hario V60 pour over. A couple days later we tried it as a French press and wow it really shined! It was super smooth with low acidity, a milk chocolate soft serve in a waffle cone. It would stand up to milk if you wanted it. We let the coffee rest about six days then tried it as an espresso. It had a thick crema but was a bit thinner bodied with a bright citrus acidity. 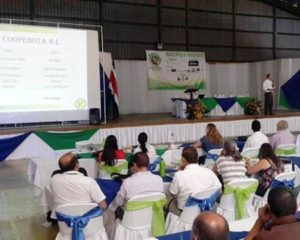 Costa Rica Santa Maria de Dota Tarrazu, CoopeDota. CoopeDota is an organization that holds growers to the highest standards of land stewardship and conservation of the local ecosystem by protecting the soils, water and wildlife and improving the quality of life for their farmers and communities.